A gourmet, ‘Secret Sleepover’ in Andalucía with Toma Tours

There’s nothing like a little spontaneity on a Friday to get the weekend off to a good start! Impulsively, I decided to throw a few clothes in my overnight bag and head off for a night away – but for once I didn’t know where I was going!

After being driven for an hour through rolling countryside, lush with fresh green spring grass and evergreen oaks, (in a rather smart Mercedes with tinted windows!) we turned off the road onto a narrow track that ran along Mr Henderson’s Railway, up to an old, white washed Andalusian finca. 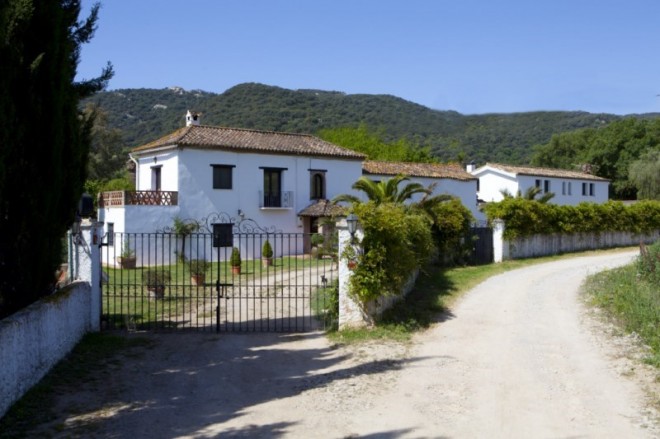 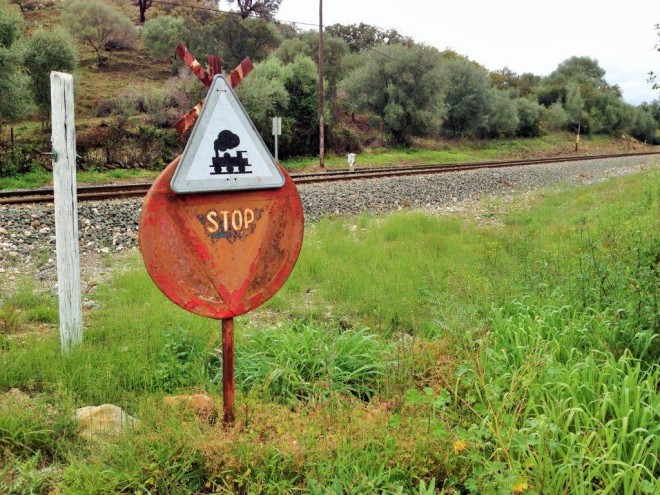 The farmhouse, called Labodalla was half an hour inland from Sotogrande, on the way towards the mountain village of Jimena de la Frontera. This small hotel is close enough to the highway for easy access, yet far enough into the untouched countryside, close to the Los Alcornocales natural park to capture the feeling of a real escape. This hidden gem is a discovery of Manni Coe’s of Toma Tours.

The highlight of this spacious guest house is its kitchen, because Labodalla’s restaurant showcases the gastronomic alchemy of Angeles Sanchez Perez, a charismatic and talented cook that creates exceptional rustic chic Andalusian menus.

Later in the day, before we took our seats in the dining room we started with drinks and canapés in the double height salon, in front of the roaring fire.

Angeles had selected some natural wines, starting with a wine and following through with a red, to complement her homemade canapés and main dishes. 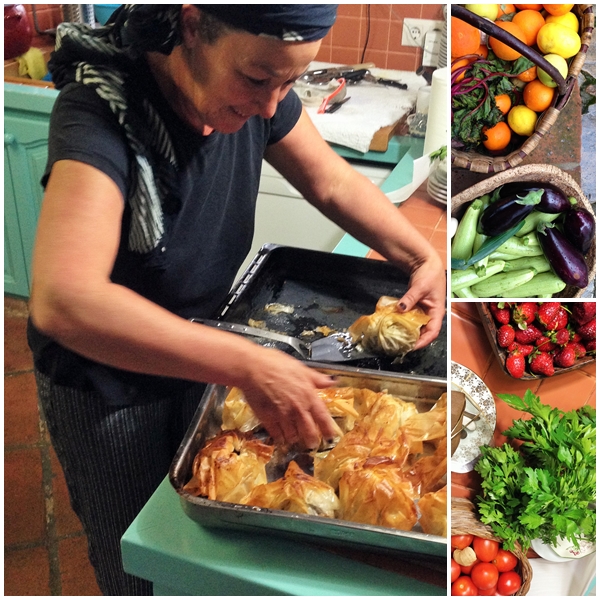 The first tapa was made with baked aubergine, rich and silky; then came spinach and cheese tapas, and finally a tempura of ‘tagarninas’, a type of wild Andalusian thistle.

At the table, beautifully set with vintage china and silverware, and decorate with wisteria flowers from the terrace, we stared the feast with a tartar of fresh Andalusian tuna, with caramelised ginger – that tasted as good as it sounds! 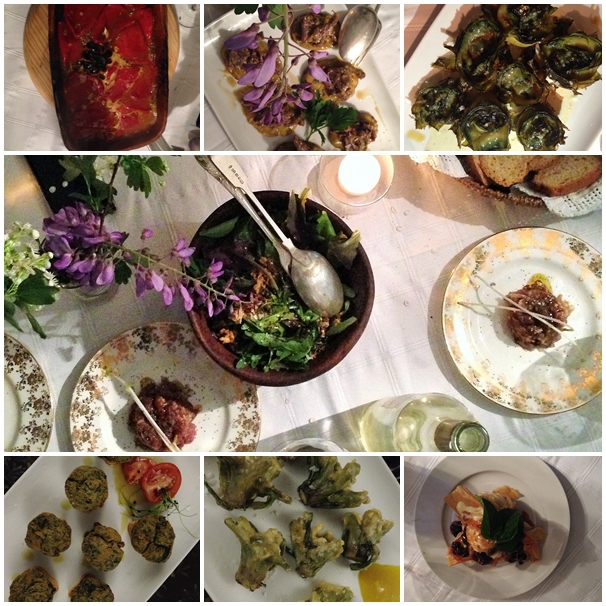 Then came another sharing plate this time baked artichokes in olive oil and sea salt; melt-in-the-mouth. The final sharing plates were ‘rabo de toro’ or oxtail, which was exquisitely tender, and one of Angeles´ signature dishes; deliciously flavoured roast ‘piquillo’ peppers from Navarra, served in a beautiful rustic ´fuente´.

The gastronomic alchemy continued with another of her signature plates, a main course of suckling pig, accompanied with baked slices of orange.

A fresh side salad was served in a vintage wooden bowl, once common in Andalucía for the preparation and serving of summer gaspacho, whilst the crusty bread was warmed in the smoke of the open fire – details that made each part of the meal really special.

It was a magical evening!

I had been tempted on this surprise escape by Toma Tours, who over the years has discovered many hidden gems in the quieter corners of Andalucía. Their concept of the ‘Secret Sleepover’ is an imaginative way to share these special places with their clients and friends.

Manni Coe, founder and lead guide at Toma Tours says, ‘Going away for an overnight is so much fun, let´s be honest. We all love to pack an ‘overnight’ bag. It´s a sense of freedom. But imagine if you have no idea where you´re going! The anticipation and sense of wonder increases.’

Toma Tours’ Secret Sleepovers are planned for a Friday or Saturday once a month. The price is 150 Euros per person including transport from San Pedro de Alcántara, dinner, bed and breakfast.

The trips will leave at 3pm and be back for lunchtime the following day.

Pescaito in Malaga – the taste of summer