Galicia, in the north east of Spain is famous for its capital, Santiago de Compostela, the resting place of St. James (Santiago) patron saint of Spain, and of course for being the destination for many on the Camino de Santiago.

Yet, it’s the region’s cuisine that is rapidly becoming the focus of global attention. Both emerging talent and established chefs are using Galician recipes as inspiration for new creations, and the region’s produce as the basis for high end menus.

This Friday we returned to the Hospitality School in Benahavis for their Galician gastronomic menu; a six course celebration of not only the talent of these young student chefs and their waiting staff, but also a celebration of Galician food. With its verdant pastures, Galicia is Spain’s biggest producer of dairy products, and the supplier some Europe’s best meat. In addition seafood from the autonomous is superb, including mussels, octopus, cockles, scallops and more. All these wholesome products are combined with classic Mediterranean ingredients such as olive oil lemon, tomatoes for a unique Spanish cuisine.

Our first plate was cockles with a touch of lemon, and a tartar of tomato – decorated with herbs and edible flowers – fresh as a spring garden. (Berberechos con gel de limón y tartar de tomate). 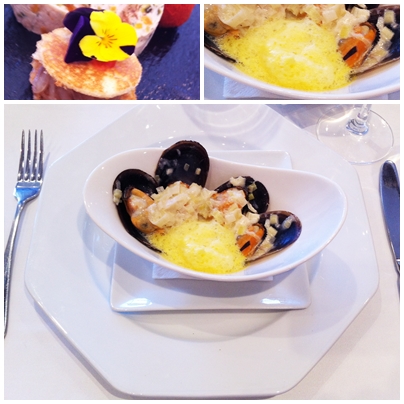 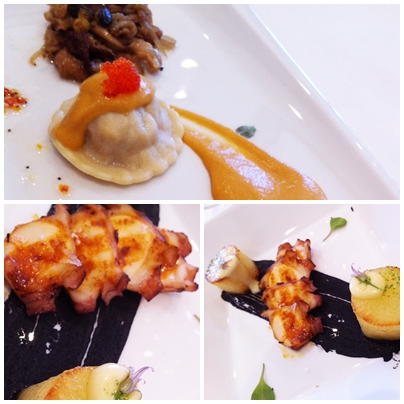 The menu was married with Galician white wines, which in my mind are the best in Spain – the main classified wine producing area is Ribeiro, producing fresh, fruity wines with famous grapes such as Albariño. The school chose to marry the dishes with wines from the ‘Bodegas O’Ventosela’ winery, near Leiro. 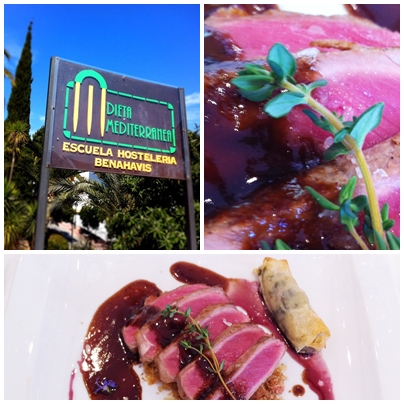 The ‘tarta de Santiago’ with its iconic Cross of St James, featured as part of the medley of puddings – then coffee and petit fours! This school really is excellent and well worth supporting for its special menus every few months. 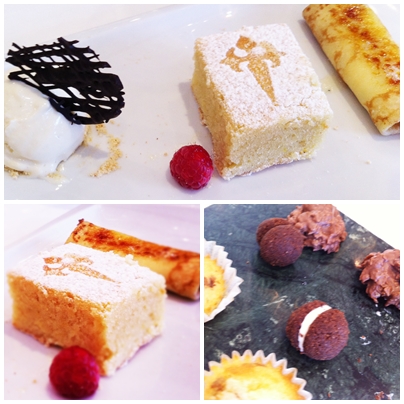 (photos taken with my iphone so sort about quality)

Previous: Easter Sunday in Tolox, Sierra de las Nieves
Next: 4×4 and hiking trail from La Mairena to Entrerios and Mijas

The eight Andalusian hotels not to be missed