Copper, silver and gold have been exploited from the Rio Tinto area for some 5,000 years. This corner of the beautiful pine-clad Andalusian province of Huelva is rich in minerals, and it is only in recent years that the mines have been abandoned.

The area takes its name from the extraordinary rusty-red river that flows from the mountains down through the mining area.

A portion of the mining area is open to the public, called the ‘Rio Tinto Mining Park‘, which gives access to the Rio Tinto river. The visitor park includes a rickety, narrow gauge mine train that takes visitors along the edge of part of this striking red and orange Rio Tinto, as well as past a turn-of-the-century ‘locomotive graveyard’. 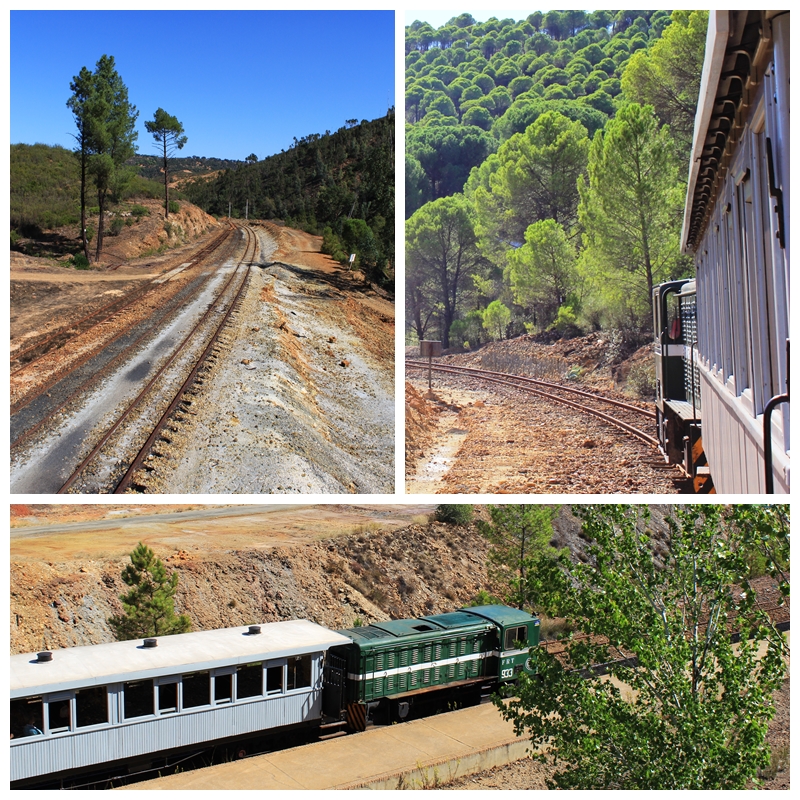 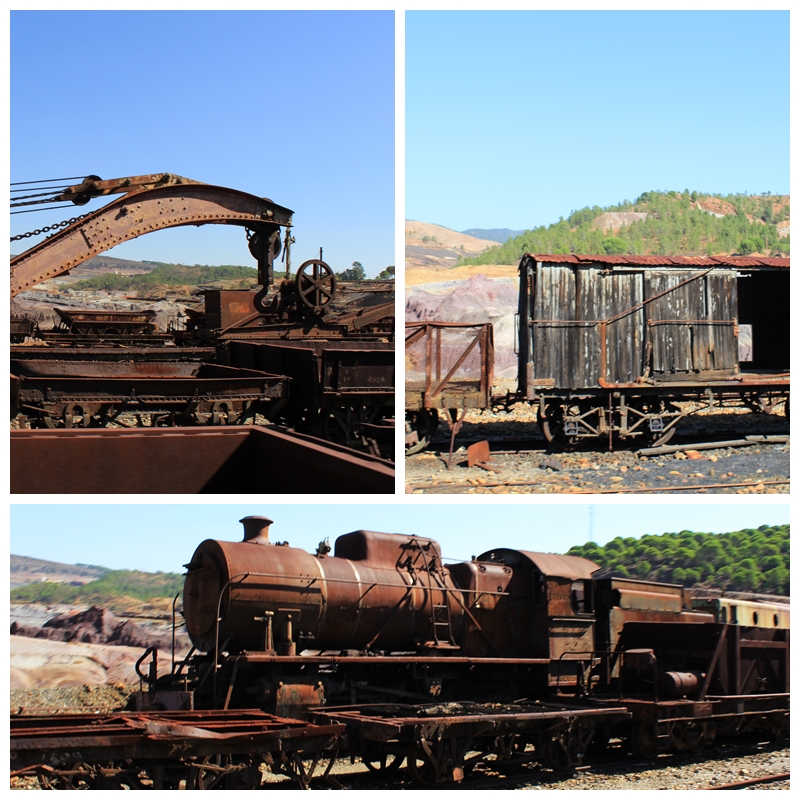 Our guide explained that there is practically no oxygen in the water and it is very acidic (ph2), yet some life still manages to survive. As you walk to the edge of the water and step across stones, one sees that the river is full of bacterial growth. These bacteria survive in this extreme environment by living off the iron and minerals in the water. 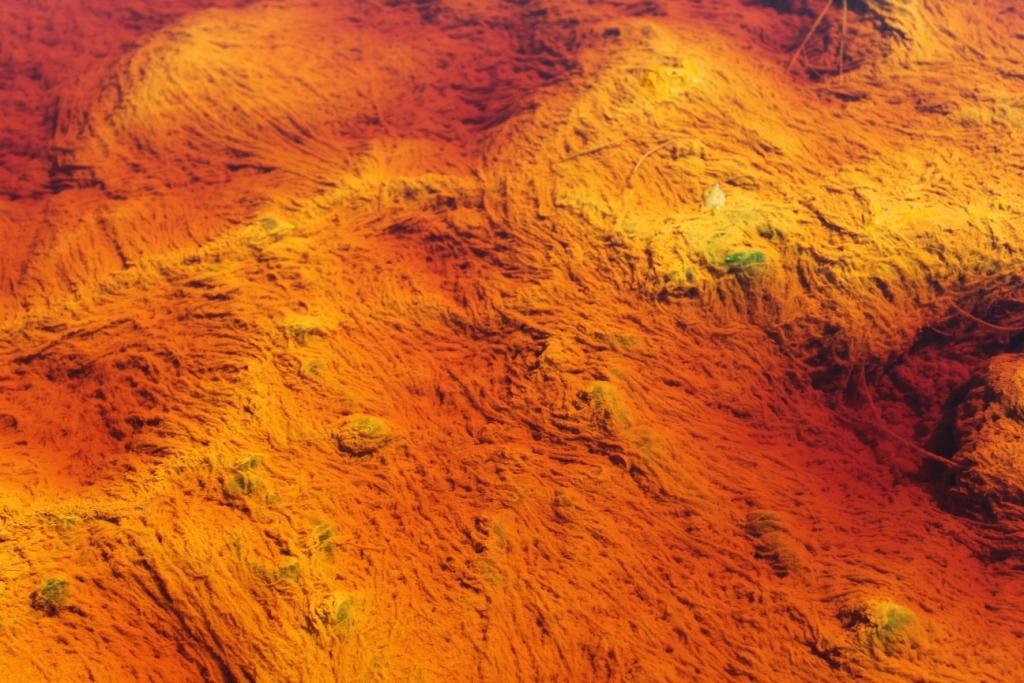 It’s for this reason Andalucía’s Rio Tinto has attracted the attention of Astro Biologists and NASA as they believe this is the closest they can get to a subterranean Martian environment, where water might be present and bacterial life sustainable!! They’ve also tested space suits and robots here! 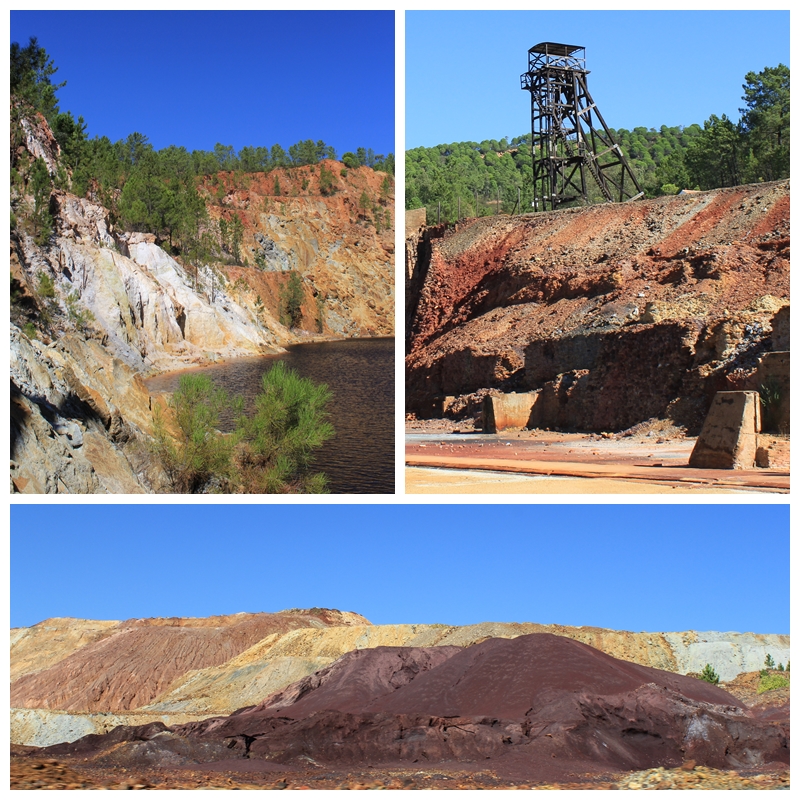 The small historic area open to visitors is managed by a foundation and to be honest it is not that well-presented (it could be much more dynamic as there is so much to see), but I found the old mines including the preserved ‘Peña de Hierro’, the river and the history truly fascinating.

The Brits, in the 19th Century, with their superior technology came to Spain to exploit the area, bringing modern techniques for mining and distribution. They formed ‘The Riotinto Company Limited’ that was to dominate the area for almost a century, creating a ‘little England’ in Andalucía – a Victorian community with strict British protocol and little desire to integrate. In the village of Rio Tinto one can also visit a museum and a house from the British era in the 19th Century.

The Brits left in 1954 and Franco as a dictator nationalised the mines (although the British mining company went onto become the Rio Tinto Group, a UK head-quartered multinational business which is still active today, mining across the world).

Even with a first-hand visit, it’s only with applications like ‘Google Earth’ that you truly get a feeling the vast scale of the mining operations here. The mines include what was until recently one of the deepest and largest open cast mines on the planet.

Interestingly, with the higher prices of copper and other metals and the improvement in mining technology, the Rio Tinto mines might re-open in the future. 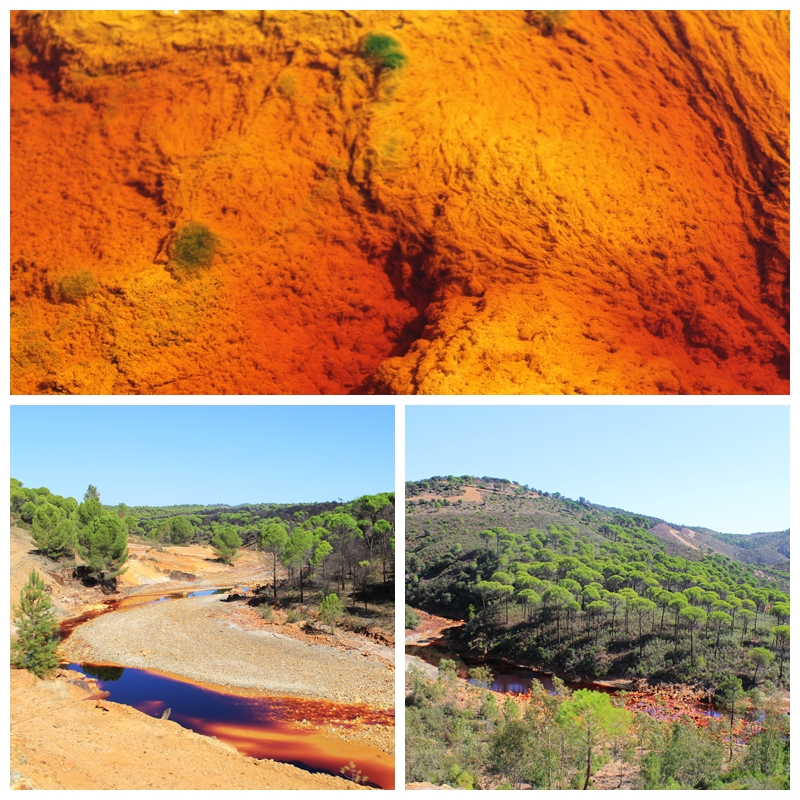 Andalucía’s achingly beautiful Atlantic coast – from Tarifa to Cadiz, Huelva and beyond…

Get ready for May in Andalucia!